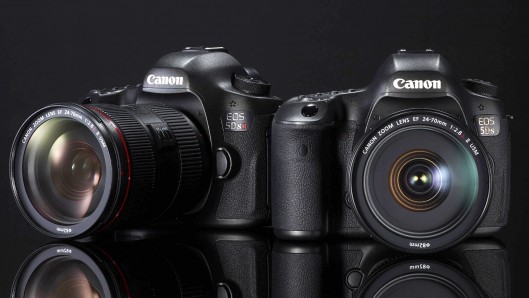 Canon has added to its EOS 5D lineup with the launch of two 50MP cameras, the EOS 5DS and the EOS 5DS R. The only difference between the models is that the ‘S’ has an optical low-pass filter, while the ‘S R’ has a self-canceling filter (the same relationship as Nikon’s D800 and D800E models shared). Both cameras are high-resolution full frame models, primarily aimed at stills photographers. Also, you can use them to shoot movies as almost DSLRs do.

Download a trial of HD Video Converter for Mac

Note that the AIC codec is also accepted by Final Cut Pro (HD 4.5 through 5), but rarely used in Final Cut Pro as of Version 6 since it now uses the ProRes codecs instead of the Apple Intermediate Codec.

To transcode Canon EOS 5DS/5DS R movies to ProRes MOV for FCPX, you need to select ‘Apple ProRes 422 (*.mov)’ as output format under ‘Final Cut Pro’ column. The ProRes codec is suitable for editing in FCP X and its former version FCP 6 and FCP 7.

Step 4: Begin Canon EOS 5DS/5DS R movies to MOV Conversion on Mac
When ready, click ‘Convert’ to start format conversion. Once the conversion process is complete, you can click ‘Open Folder’ button to get the generated AIC MOV files or ProRes MOV files for editing in iMovie, Final Cut Express or FCP 7/6/X with optimum performance.
Tips:
If you don’t want to wait for the entire conversion process, you can tick off ‘Showdown computer when conversion completed’ and go away to do other things.