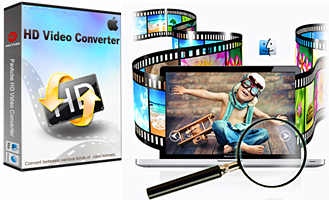 Please purchase on this page to get discount!

Easy to use and straightforward
No matter a professional filmmaker or a new user, you are able to quickly master the operating steps of this HD Video Converter. Import source media, select output and click ‘Convert’ to start, the program will take care of the rest.

Merges multiple files into one file
Ticking off the checkbox ‘Merge into one file’, you are able to combine multiples imported files as a single file.

Please purchase on this page to get discount!