Summary: If you are new to Sony SLT-A77 II workflow with iMovie or FCP X you may wish to read this article. It may help you understand what to do when A77 II AVCHD cannot be recognized by iMovie and FCP X. 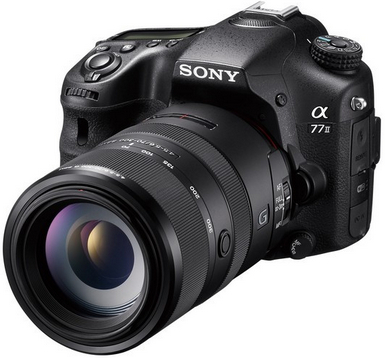 Question: ‘Hello, I just have a Sony Alpha 77 Mark II camera on hand. I’m wondering what people are using in order to get the AVCHD movies from Sony A77 Mark II to iMovie or FCP X on Mac OS X Mavericks. I’m using Sony A77 II and iMovie/FCP X on an iMac, but when I shot the video in 1080 60p, I found the AVCHD mts clips cannot be recognized by iMovie or FCP X. It seems that iMovie and FCP X support mts files but not 1080/60p. How can I solve the import issue and get Sony A77 II AVCHD movies into iMovie and FCP X?

If you have been struggling with the Sony A77 II and iMovie or FCP X on Macs, you may consider using third party software like Video Converter for Mac to transcode Sony A77 Mark II media to an intermediate codec that is well supported by your NLEs. For example, you can convert A77 II MTS to AIC for iMovie and transcode A77 II AVCHD to ProRes for FCP X.

How to import Sony SLT-A77 II MTS to iMovie and FCP X?

To be able to import and edit Sony A77 Mark II AVCHD MTS footage in iMovie and FCP X natively, you’d better transcode A77 II media to AIC for iMovie and to Apple’s ProRes for FCP X. Here is how-to using HD Video Converter for Mac:

2. Click on ‘Add File’ to add your A77 Mark II AVCHD MTS footage to the program.

3. Select output format for iMovie and FCP X
To create editable files for iMovie, from the Format bar, choose ‘Apple InterMediateCodec (AIC) (*.mov) as output format from ‘iMovie and Final Cut Express’ column. Note that the AIC codec is also accepted by Final Cut Express and Final Cut Pro (HD 4.5 through 5), but rarely used in Final Cut Pro as of Version 6 since it now uses the ProRes codecs instead of the Apple Intermediate Codec.

To export the best editing codec for FCP X, from the Format bar, select ‘Apple ProRes 422 (*.mov)’ as output format from ‘Final Cut Pro’ catalogue. The ProRes is able workable in the former version FCP 6 and FCP 7.

5. When ready, click ‘Convert’ to start transcoding Sony A77 II footage to AIC or ProRes – the best suited editing format for using within Apple iMovie or FCP X.

6. When the conversion process is done, click on ‘Open Folder’ button to get the generated AIC/ProRes QuickTime files and open them in iMovie/FCP X for further editing.

Related posts
How to edit and import Olympus E-PL3 AVCHD video to iMovie?
Sony PXW-Z100 4K XAVC to FCP and DaVinci Resolve
How can I import Nikon D7100 H.264 MOV clips into iMovie 11?