We write this post to help those who are stuck with editing Sony F5 footage in Premiere Pro. It presents how to transcode Sony F5 XAVC files to Premiere Pro preferred editing codec for an optimum performance. 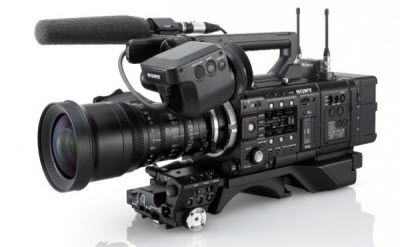 What’s the best workflow for Sony F5 and Premiere Pro?
“Hi there, I’m working with Premiere Pro CS6 on a 4 yr old Macbook. I have a brutally tough time doing my Sony F5 XAVC edit in Premiere, especially 4K files. The 4K XAVC footage crashed my Macbook graphic card. Do I have to build a powerful new machine? If my machine doesn’t have the horsepower to deal with it, what would be the way to go? Thanks a lot for any help!”

4K XAVC footage often needs a powerful machine to handle the data rates. If you don’t have budget to build a new machine, the easy solution is processing ‘transcoded editing”. You transcode Sony F5 4K XAVC files to a Premiere friendly editing codec first and then you can deal with them smoothly.

How to convert Sony F5 footage for Premiere Pro editing?

Step 2: Click ‘Add File’ to import your source media to the program.

*** A point to note here is that the HD Video Converter software features a format profile optimized for Adobe Premiere, but some people said that the MPEG-2 is a lossy codec that throws away information which is not the right codec for editing. For this reason, we would recommend converting F5 XAVC MXF to DNxHD MOV for Premiere on Windows and transcoding F5 XAVC MXF to ProRes MOV for Premiere on Mac.

Step 5: When ready, click ‘Convert’ to start transcoding Sony F5 XAVC MXF files to Premiere Pro supported QuickTime MOV format. As soon as the conversion complete, click ‘Open Folder’ button to locate the generated files and now you are able to open them in Adobe Premiere for post production flawlessly.