Skip to content
Home » Convert VP9 video » How to convert VP9 4K files to any formats you want?

If you are looking for a 4K VP9 converter to convert VP9 4K files to MP4, MOV, MPG or any formats you want, you may wish to read this post. It displays a quick guide on how to transcode VP9 4K videos to your required file types via using a helpful VP9 converter app. 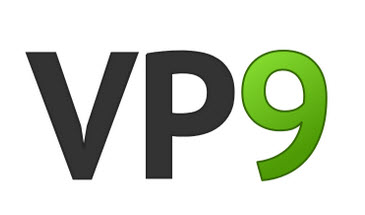 What is VP9?
VP9 is a new video codec that will compress video files to half the size that the current encoding technology, called MPEG-4 or H.264, can achieve. More important, it will be used to compress video files and streams at 4K resolution, which is four times higher than HDTV resolution. VP9 is part of WebM, an open-source project sponsored by Google for creating technology for use with media on the Internet. Google has announced plans to use VP9 for 4K YouTube videos. But VP9 rivals another technology, called HEVC, that also seeks to be the standard for 4K TV.

Is it possible to convert VP9 4K videos to whatever formats you want?
Of course, it is, as long as you have a powerful converter app that is able to handle VP9 files with 4K resolution. As we’ve mentioned above, VP9 is a quite new codec, which is not widely supported by most major converter apps on the market. Fortunately, with 4K Video Converter, you are able to do the trick. Here’s a simple guide on how to encode VP9 4K media to MP4, MOV, MPG or other formats via using this app.

[Guide] How to rewrap VP9 4K content to MP4, MOV, MPG or other formats?

Step 2: Choose output format
This 4K Converter features a number of file formats as output options, you can select one as target from ‘Profile’ list depending on your end use. 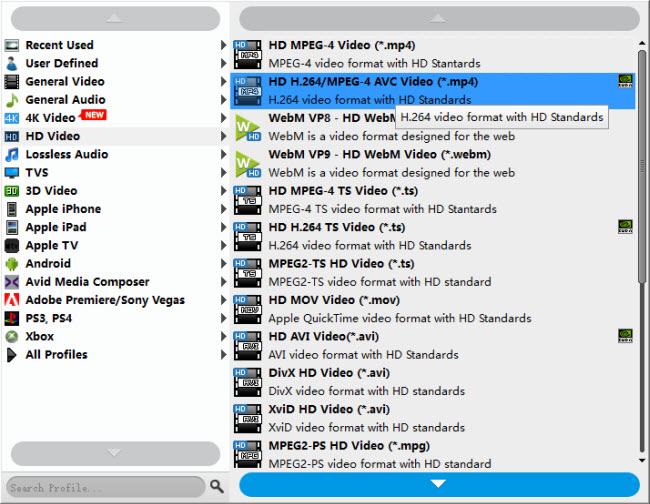 To encode 4K VP9 video to 4K files in other formats, simply choose a format under ‘4K Video’ catalogue. 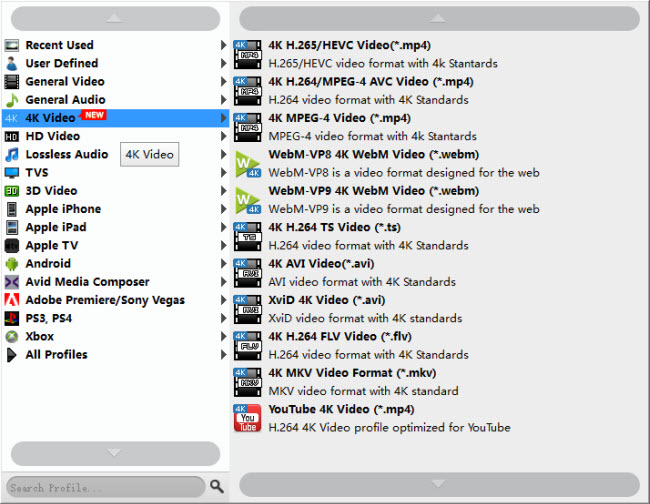 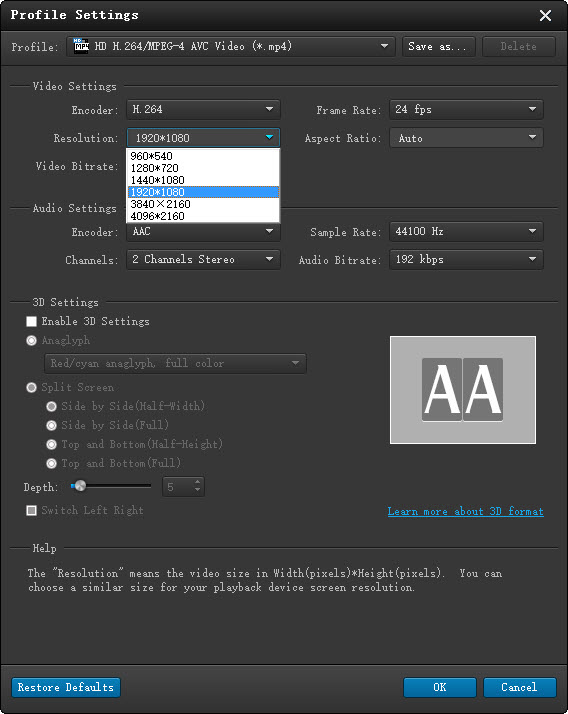 Step 4: Start converting VP9 4K video to MOV, MP4, MPG or other formats
When ready, click ‘Convert’ button to start conversion. As soon as the conversion is complete, you can click ‘Open Folder’ icon to get the generated files.

If you don’t want to wait in front of your computer for the entire conversion process, you can set to ‘Shut down computer’ after done and go away to do other things.