Skip to content
Home » AVCHD workflow with FCP (X) » How to import Sony A6000 AVCHD footage to FCP X and iMovie? 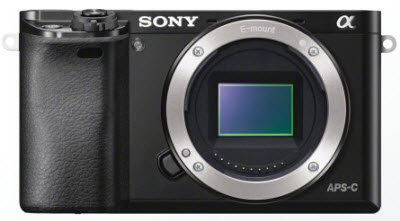 “Hi, there. I have just purchased a Sony A6000 last month, which is a super-compact mirrorless camera according to Sony. I’ve been using it to film a lot over the last 2 weeks and now I want to import A6000 footage to FCP X to do some basic editing, but it seems that FCP X can not open the A6000 AVCHD 60p movies at all. Why? I’ve imported and edited AVCHD 24p files into FCP X with-out any issues from a NEX-5N. Can anyone help me out please? MacBook Pro (Retina, Mid 2012), OS X Mavericks (10.9.2).”

Like Sony A5000, the A6000 is able to shoot footage in both AVCHD codec and web-friendly MP4 format. But being different from the A5000, more than recording 1920×1080/60i and 1920×1080/24p video files, the Sony A6000 is also capable of shooting AVCHD in Full HD 1920×1080 at super-smooth 60p, which A5000 can not. If you captured loads of AVCHD 60p clips with Sony A6000, you may have import issues one or another while loading them to FCP X or iMovie to do further editing. That’s because the 60p MTS is a new format above and beyond the standard AVCHD specifications. There are rarely NLEs having native support for the 1080-60p footage. One option for this is to transcode A6000 AVCHD to ProRes for FCP X and convert A6000 MTS to AIC for iMovie using third party software Video Converter for Mac.

How to import Sony A6000 AVCHD footage to FCP X and iMovie?

To be able to import A6000 60p AVCHD video files to FCP X and iMovie, you will need to do previous conversion using HD Video Converter for Mac. Please follow these steps:

3. Select output format for FCP X and iMovie
To export the best editing codec for FCP X, from the Format bar, select ‘Apple ProRes 422 (*.mov)’ as output format from ‘Final Cut Pro’ catalogue. The ProRes is able workable in the former version FCP 6 and FCP 7.

5. When ready, click ‘Convert’ to start transcoding Sony A6000 1080/60p AVCHD footage to ProRes or AIC – the best suited editing format for using within Apple FCP X or iMovie.

6. When the conversion process is done, click on ‘Open Folder’ button to get the generated ProRes/AIC QuickTime files and open them in FCP X/iMovie for further editing.