If you are trying to play videos files on Wii from SD card, you may want to know what video formats Wii will support. Read this post to check Wii supported video formats and how to make incompatible videos playable on Wii.

MOV (motion JPEG) and AVI (motion JPEG) are Wii officially supported video formats. If your source videos are incompatible with Wii, there is a program here that can convert your movies to supported format. Here’s how.

How to convert incompatible videos for viewing on Wii?

Follow these steps:
Step 1: Run HD Video Converter as a professional Video Converter for Wii. When the main interface pops up, you can click ‘Add Video’ or ‘Add from folder’ button to load source files into this program. 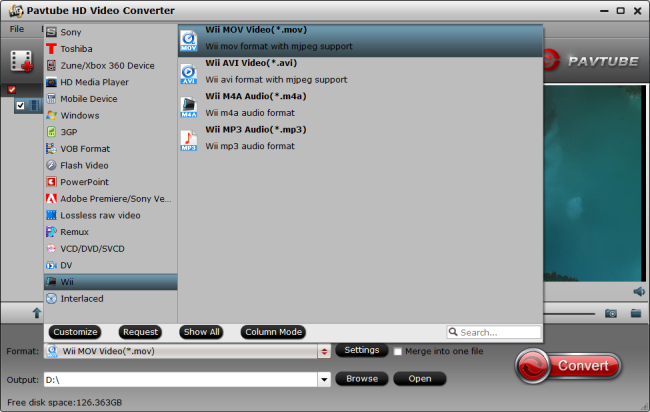 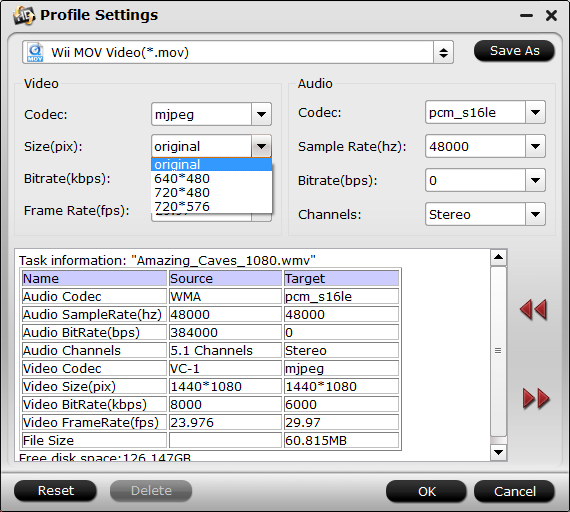 Step 5: After conversion is complete, click “Open” button to get the exported for playing on Wii with optimum performance.