Question: “Hi, I have some 60p AVCHD footage that I recorded on a Sony RX100 III camera in Japan. Now I want to import these RX100 III 60p .mts files to FCP X for creating my home video on my iMac. I am running on Mavericks, but the FCP X doesn’t recognize RX100 III footage at all. I have had a look for a converter, but nothing seems to handle the files well. Any ideas? Thanks for your help.” 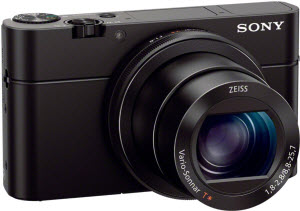 According to our research, the Sony Cyber-shot DSC-RX100 III Digital Camera is capable of recording 1920 x 1080 60p videos in either the high-quality XAVC S format or AVCHD recording format. More than that, it also offers the ability to shoot 30p movies in the Internet-friendly MP4 format. If you have import issues while loading RX100 III 60p AVCHD or XAVC S media to FCP X for further editing, we would recommend that you use third party converter utility like HD Video Converter for Mac to transcode Sony RX100 III 60p footage to ProRes, FCP X’s favorite editing codec in advance.

Step 2: Select output format for FCP X
In order to convert Sony RX100 III 60p AVCHD and XAVC S to Apple ProRes for FCP X or the former version FCP 6 and 7, from the Format bar, navigate to ‘Final Cut Pro’ catalogue, and select ‘Apple ProRes 422 (*.mov)’ as target format. Apple ProRes is the best suited editing codec for FCP X and FCP 6/7, so when loading them into FCP, you needn’t wait for a long time for the rendering process.

Tips: if you don’t want to wait around in front of your computer for the converting process, you can tick off ‘Shut down computer after conversion’ and go away to do other things.