Run into issues working with AVC-Intra footage in Adobe Premiere? If so, you may wish to read this post. It demonstrates how to transcode AVC-Intra files for use in Premiere with optimum performance. 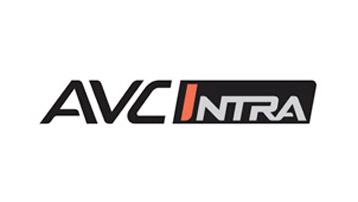 Premiere crashes playing AVC-Intra MXF files, is there a workaround?
“Hello, please help me! I have big problems with AVC-Intra 100 in Premiere CC on my MacPro. The footage is 90% 1080p and the rest is 720p. Premiere CC crashes regardless of the resolution. The crashes usually occur while scrubbing in the source window. Do you have the same problem? Has anyone found a fix for this issue? I would really appreciate any help. Thanks.”

If you are facing the same issue, we would recommend processing ‘transcoded editing’. That means you convert AVC-Intra footage to a format that is best suitable for Premiere first, then you can work with the footage in your editing program flawlessly. Here’s how.

How to convert AVC-Intra files for Premiere editing?

You can download a demo version (for both, PC and Mac) to have a try. They are not free but it is totally worth it.

The steps:
Step 1: Start up HD Video Converter as an AVC-Intra Video Converter for Premiere. When its main interface pops up, click ‘Add File’ to input your source media.

Step 2: Choose output format for Premiere
1) To convert AVC-Intra media for editing in Adobe Premiere Mac version, from ‘Profile’ list, select ‘Apple ProRes 422 (*.mov)’ as output. The ProRes codec is best suited for editing in FCP X and its former version FCP 6 and FCP 7. Additionally, the ProRes codec can also be imported to Premiere Pro and DaVinci Reslove for editing without a glitch.

Note: Only Mac version has the ‘Final Cut Pro’ profile.

This method is also available when you want to edit AVC-Intra files in After Effects and Sony Vegas.
Important: If you’ve loaded a number of video clips to do batch conversion, please do remember ticking off ‘Apply to All’ option before you start.

Step 4: Start AVC-Intra footage to Premiere Conversion
When ready, click ‘Convert’ to start format conversion. As soon as the conversion is complete, you can click ‘Open Folder’ button to get the exported files for use in Premiere with optimum performance.

Related posts
How to convert AVC-Intra to ProRes?
The best AVC-ULTRA video converter for Mac/Windows
How can I work with Panasonic AVC-Ultra footage in FCP 7?
Why Adobe Premiere Pro CS6 can’t import MXF video files?