Skip to content
Home » XAVC and XAVC S file conversion » How to import and edit Sony a7 II XVAC S footage in iMovie/FCE? 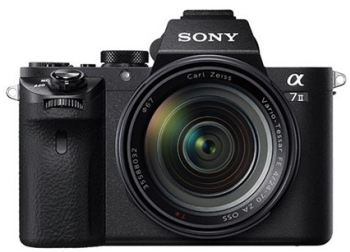 Got some XAVC S (.mp4) files shot on a Sony a7 II full-frame mirrorless camera and wanted to edit them in iMovie/Final Cut Express but failed? Convert them first!!! On the video front, the Alpha 7 II now supports the XAVC S codec, which can record 1080/60p video at 50Mbps. But if you want to work with Sony a7 II XVAC S files in iMovie or the discontinued FCE, you may have incompatibility issues one or another.

To be able to import and edit Sony a7 II XVAC S footage in iMovie/FCE fluidly, we do recommend converting Sony a7 II XVAC S MP4 files to a QuickTime .mov format with Apple’s InterMediated Codec. The AIC .mov is iMovie/FCE’s best suited editing codec, which they well recognize and handle well. If Googling, you will find there are lots of converters out there claimed to have great capability to handle XAVC S files. If your concerns are ease of use and lossless conversion quality, we would recommend HD Video Converter for Mac, which runs well as a Sony a7 II XVAC S to AIC .mov Converter for Mac.

Download a demo of HD Video Converter for Mac

Step 1: Run HD Video Converter for Mac as a professional Sony a7 II XAVC S to iMovie/FCE Converter. When its main interface comes up, click ‘Add File’ to load source video to it.

Step 2: Select output format for iMovie and FCE
For the purpose of converting Sony a7 II XAVC S for use in iMovie or FCE, from ‘Profile’ list, select ‘Apple InterMediate Codec (AIC)(*.mov)’ as output format under ‘iMovie and Final Cut Express’ column.

Step 5: Click ‘Open Folder’ to get generated QuickTime files for using in iMovie or FCE with optimum performance.