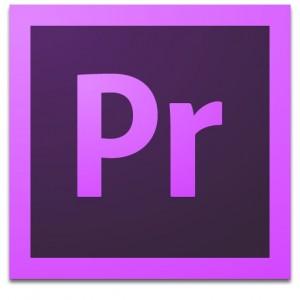 “I’m a camera operator and video producer working with a TV station right now, making 30 min shows. I shoot with a Sony PMW-200 camera, which shoots .mxf files. While my workflow with Sony Vegas works perfectly with these files, others using FCP, Avid or Premiere don’t always have the codec for .mxf files, and they need to sometimes have these files converted. My question is that is there an all-in-one Sony MXF Converter that is able to create editable files for FCP, Avid and Premiere from Sony XDCAM MXF footage without losing quality?” I want a stable and useful tool, and when I need it, it works. Any thoughts? I appreciate any help. Thanks.”

By using HD Video Converter, you are able to convert Sony PMW-300/200 MXF footage to whatever format you need for different end uses. In our older posts, we have talked about how to convert MXF to ProRes for FCP 7 and how to transfer MXF files to Avid for editing, and in this post, we will present the detailed steps required to transcode Sony PMW-300/200 MXF files for working with Premiere.

You can download a demo version (for both, PC and Mac) to have a try. They are not free but it totally worth it.

Sony PMW-300/200 workflow with Premiere – how to convert Sony XDCAM MXF files for use in Adobe Premiere?

Step 3: Select output format
1) Convert Sony PMW-200/300 MXF to DNxHD .mov for Premiere
If you are on a Windows PC, from the Profile list, choose ‘Avid DNxHD 1080p (*.mov)’ as output under ‘Avid Media Composer’ column.

2) Encode Sony PMW-200/300 MXF to ProRes .mov for Premiere
If you are on a Mac computer, from the Profile list, choose ‘Apple ProRes 422 (*.mov)’ as target format under ‘Final Cut Pro’ catalogue.

You can also choose the WMV, MPEG-2, and MOV under ‘Adobe Premiere/Sony Vegas’ column as output, but these three formats may cause lossy quality more or loss, so the DNxHD .MOV and Prores .MOV are recommended for lossless quality.

Step 5: When ready, click ‘Convert’ to start transcoding Sony PMW-200/300 MXF files to Premiere Pro supported file format. As soon as the conversion is complete, click ‘Open Folder’ button to locate the generated files and now you are able to open them in Premiere for post production with optimum performance