If you are currently looking for a way to convert a Google Earth .kmz or .kml tour file to an AVI file or any preferable movie file format (e.g. MP4, MPEG, WMV…), you may wish to read this post. It displays an easy workaround to convert KML/KMZ to AVI, MP4, MPEG, WMV on Mac and Windows PC.

How can I convert a .kml or .kmz file to other formats?
“Does anyone know how to convert a Google Earth .kml or .kmz file to some type of video file so I can use them easily? I’ve been looking for converters but none of them will work for .kml (some can but it wouldn’t really work). I have a HP PC running Windows 10… Can anyone kindly suggest a solution if you know? Thanks.”

What is KML/KMZ?
KML is a file format used to display geographic data in an Earth browser such as Google Earth, Google Maps, and Google Maps for mobile. KML uses a tag-based structure with nested elements and attributes and is based on the XML standard. KML files and their related images (if any) can be compressed using the ZIP format into KMZ archives. To share your KML and KMZ files, you can e-mail them, host them locally for sharing within a private internet, or host them publicly on a web server. Just as web browsers display HTML files, Earth browsers such as Google Earth display KML files. Once you’ve properly configured your server and shared the URL (address) of your KML files, anyone who’s installed Google Earth can view the KML files hosted on your public web server.

The .KML (Keyhole Markup Language) is just an .XML file… it is not a video file at all. The .KMZ is just the .KML file zipped up with the extension changed to .KMZ… these are tiny 1 kb to 5 kb files, even for a Google Earth tour that is 2 minutes long… so there isn’t much there to get a hold of.

Currently, only Google Earth can play a kml/kmz. No other tool is going to be able to convert it. For those who are not willing to drop money on Google Earth Pro Movie Maker Module, the alternative, that most people who have posted these GE animated travel-tour files on YouTube, etc., have used is a desktop recorder/video capture app that simply records the GE tour playback from the desktop and then makes a video file, like an AVI, MP4, or MPEG.

Here’s a quick guide demonstrating the process of turning .kmz/.kml to MP4 video. The software we will use is Screen Recorder, a very popular and easy-to-use application that can successfully record .kmz/kml files as MP4 files.

Download Screen Recorder (It has Windows and Mac versions, simply download the proper version depending on your OS.)

Learn the topic on how to change.kmz/.kml to MP4 via using Screen Recorder

Follow these steps: (Here we run the Windows version for instance, the Mac version comes with the same steps.)
1. Start up Screen Recorder app, and click “Video Recorder”. 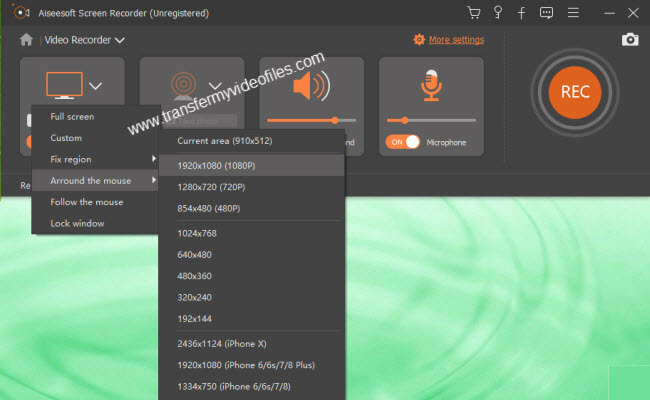 3. Set the audio
You can  check to turn on/turn off System Sound and Microphone.

Note: If you are going to save streaming video from YouTube, the music videos, online movies, Netflix or some other sites else, you need to select the system audio and turn off the microphone. Why? Because the noise around will reduce the quality of your video and affect the video effect. 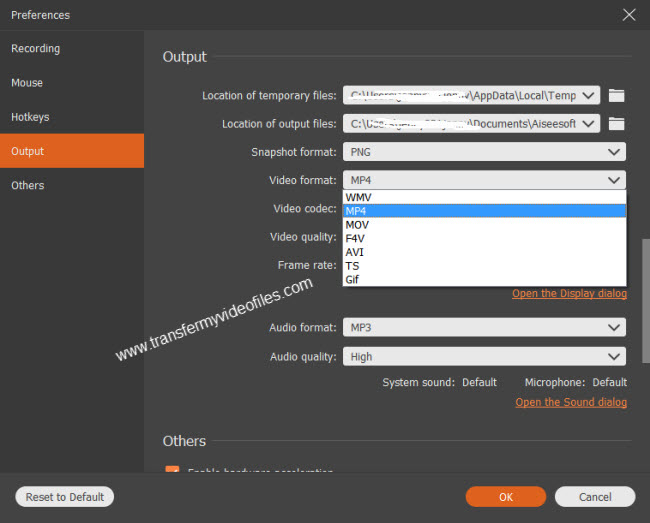 Here you can also choose video codec, video quality, frame rate and set audio preferences as you like.

5. Record the desktop screen with this professional Video Recorder
After setting the recording area and audio, you need to open the .kmz/.kml file which you want to record with Google Earth. Then click REC on the right side of this video screen capture to begin recording.

Now you have finished the screen recording process with this desktop recorder. You can find the generated MP4 video in the output folder easily.

If for any reason you need to convert recorded KML/KMZ files to a format that is not included in Screen Recorder’s output format list, you can download and install HD Video Converter for Mac or Windows to process format conversion.